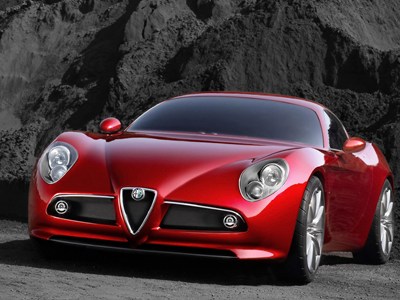 Let's face it, the Alfa Romeo has seen some rough times. It's been an uphill battle to convince buyers that this sports car isn't just a refurbished Fiat after it was purchased by the famous manufacturer in 2007. They've begun rolling out new promo in the hopes of amping up excitement and claiming its rightful place as a BMW competitor. Here are 3 new juicy details which might lead to ailing Alfa's salvation.

The illustrious Italian car is poised to sell its lowest amount since 1969. Talk about a slump. It's missed previous deadlines and suffered delay after delay in the United States. Globally, the Alfa cannot compete with other manufacturers because of its dependency on the weakening European market. If you compare its shrinkage to Sergio Marchionne's remarkable revitalization of the Chrysler brand, it's downright embarrassing. After three aborted revival plans, Fiat Group must deliver.

Rear-wheel drive models are all the rage these days, and the announcement to create a rear-wheel lineup has the industry buzzing. It's an attempt to push the Alfa into Maserati territory. Some have accused the company brass of simply repackaging front-wheel Fiats and banking on the Alfa's legacy to entice buyers. The rear-wheel announcement signals a true revamp waiting in the wings. Frankly, it's about time.

3. Say Hello To Crossovers and Competitors

New architecture not only includes rear-wheel models but also an all-wheel lineup-and the reasoning is clear. It needs to compete in a market where their brand presence is sorely lacking. Mercedes-Benz and BMW, among others, are already selling crossovers while the Alfa has yet to deliver from its Kamal concept which was showcased 10 years ago! A convertible sports car is in the works. A new flagship sedan is also being promised. These will compete with the Audi 9A6 and the BMW 5-Series. With tall-riding SUVs included in the assured five-year plan released by Marchionne in April, it looks like Fiat Group is intending to keep its promise.

So it seems the Alfa still has some fight left in it. Financial analysts are noting the manufacturer's ongoing desire to rework prospects and secure a future. The Alfa has been surviving on nostalgia but time is running out. A new architecture requires billions of dollars in funding in order to produce a full line of cars that can compete in a polarised market. It's been 9 years since Alfa has made a profit. Perhaps the fourth time is a charm.

At KS and Sons Motor Company from Perth, weknow how important it is for you to find the car that suits your needs and we are dedicated to providing the best service! We offer excellent prices on quality used cars in Perth andwe are confident you will find a car that best suits your requirements

If you're looking to buy or sell a car, call me for a pressure-free buying experience. I always have a wide range of fantastic, high quality vehicles for you to choose from at very competitive prices. See our showroom for all the latest deals.